We would like to use Google Analytics cookies to help us to improve our website by collecting and reporting information on how you use it. The cookies collect information in a way that does not directly identify anyone. For more information on how we use cookies, please see our Privacy Statement. Please confirm whether you allow us to use cookies.

Stamford, CT – May 3, 2022 – Odyssey Reinsurance Company (OdysseyRe) today announced that Michael Finnegan has rejoined the Company as senior vice president and head of U.S. General Casualty treaty, succeeding Steve Van de Graaf, who is retiring after 27 years of service. Mr. Finnegan had previously served as a vice president in OdysseyRe’s Casualty underwriting team from 2002 through 2007, and has more than 30 years of experience in the (re)insurance industry.

“Steve Van de Graaf has had a long, distinguished career at Odyssey, which includes bringing our General Casualty treaty portfolio to an all-time high in terms of gross premiums written in 2021. We are grateful for his dedication and many contributions over the past three decades,” said Brian Quinn, CEO of OdysseyRe’s North America Division.

Mr. Quinn added, “We are pleased to welcome Michael back to the OdysseyRe family. His extraordinary background, and his blend of casualty expertise, in both the primary and reinsurance markets, will be highly beneficial to our clients.”

Mr. Finnegan commented, “I am delighted to return to the Company. OdysseyRe has a great team with an established portfolio, and I look forward to helping the casualty team reach even greater heights.”

Mr. Finnegan holds a B.A from the University of Connecticut. He is based in Stamford, CT and reports to Brian Quinn.

Odyssey Reinsurance Company is a globally diversified underwriter of property and casualty reinsurance products. Headquartered in Stamford, CT, its operations include a global network of 14 branch and representative offices across five regions: North America, Latin America, EMEA, AsiaPacific and London. OdysseyRe is rated A (Excellent) by A.M. Best and A- (Strong) by Standard & Poor’s. OdysseyRe is the reinsurance arm of Odyssey Group Holdings, Inc., a leading global provider of reinsurance and specialty insurance. Odyssey Group is a subsidiary of Fairfax Financial Holdings Limited. For more information, visit www.odysseyre.com.

< Back to News Home 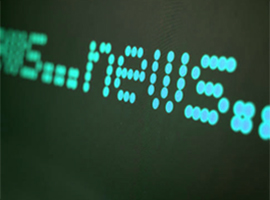 If you have any questions or comments regarding our products, services or company, please fill out this brief form and one of our representatives will respond.